The Union of Nontenure-Track Faculty at Michigan State University, AFT Local 1855, welcomes the fixed-term faculty at the College of Law to their union. The Law College has operated as an semi-independent institution since it affiliated with MSU in 1995. As of January 2020, it will be fully integrated into MSU. There are 14 full-time and about 80 part-time faculty who will soon be represented by UNTF. Negotiations are under way for this employee group and we hope to wrap up in the near future.

Who Runs Our State Universities?

Like K-12 school districts and community colleges, Michigan’s universities have governing boards. Each board has eight members who serve staggered eight-year terms.

The boards of Michigan State University, the University of Michigan and Wayne State University are elected statewide. Candidates are nominated at political party conventions and then are on the November ballot in even numbered years. AFT Michigan works very hard to ensure that the Michigan Democratic Party nominates candidates who respect university employees and their unions. We work with our locals at each university so that they have the opportunity to meet the candidates and offer guidance and then attend the convention to make sure our voices are heard.

The boards of the other ten universities are appointed by the Governor and confirmed by the State Senate. When we have an ally in the Governor’s office as we do now, we are asked for our input and suggestions for her university board appointments; local input into who would be good potential candidates for your board, particularly alumni and/or respected members of the local community, is very valuable. (You may be interested to learn that opportunities for Governor Whitmer to appoint are constrained by the fact that Governor Snyder made a number of last minute appointments. When Governor Granholm did the same at the end of her term, Republican Senators would not confirm them, claiming the incoming governor should make the appointments.)

Has your local ever fallen in the trap of trying to fix everything at once? It happens!

Thinking big picture, GEU members and organizing staff came together to talk about how the MOI program can help work on intersecting issues at Michigan State. The local’s newest staff organizer, Olive Hope, is coaching 3 GEU members as they complete their MOI hours with a focus on 10 of the largest under-organized departments at Michigan State.

DAVE DOBBIE, ASSISTANT TO THE PRESIDENT 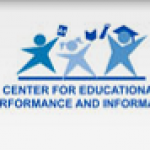