Last Saturday, AFT Michigan members joined hundreds of thousands of people across the country as part of the national March for Our Lives day of action.  Students, parents, gun safety advocates, educators and elected officials had the same message: Enough is enough. It is time for the Michigan Legislature and the US Congress to pass common sense legislation that the vast majority of Americans – including gun owners – support.

AFT Michigan was proud to provide organizing and financial support to the student activists and parent volunteers who organized the Lansing Rally. Thank you to all who stood with Michigan students at March for Our Lives events over the weekend. Our work does not end with these marches. To truly support our students, we must vote and do the work to elect candidates who will stand up to the gun lobby and finally pass common sense laws to protect students and educators and stop school shootings.

The Wayne State University Graduate Employees Organizing Committee, AFT Local 6123, signed a tentative agreement this past Thursday that included a 4.5% increase to base salary and lump sum payments equaling $2400 over the course of the 3 year contract. The agreement also increases parental leave from 6 to 8 weeks, expands Sevis fees coverage to first year international students, and creates a non-renewal appeals process. The union also secured a seat on the Sexual Abuse Prevention Advisory Committee.

The Michigan State Union of Non-Tenure Track Faculty, AFT Local 1855, ratified a historic contract last week.  Leaders began by asking members what they wanted, listened to members and engaged them at every step in the process of bargaining. In the new contract, many members of the unit will see a $10,000 raise.  The Designation B status has moved from a 3 year to a 5 year rolling contract ensuring more job security.  A new rank of Senior Instructor was created. Promotions are now codified in the contract, and student evaluations will no longer be the only tool used for evaluations.

On Tuesday, June 7, Republicans in the Senate Education Committee passed out a bill that was approved months ago by House Republicans. The bill, numbered HB-5097, threatens educators’ ability to have honest conversations about racism and racial justice and teach an accurate version of American history and current events, all under the guise of “preventing racial stereotypes.”

In a statement we put out, Lincoln Stocks, a history teacher at Eastpointe schools, an AFT Michigan vice president, and president of Eastpointe Federation of Educators, stated: “Bills like this are incredibly dangerous, and as a white history teacher who believes that honest education is critical I am afraid for what this could mean for educators and students. Under this law, educators would be unable to teach kids the truth about racial disparities in America without risking their own livelihoods. Michiganders know the truth: systemic racism is real and shapes our communities, and ignoring that ugly truth won’t make it go away. I firmly oppose HB-5097, and I hope our lawmakers will listen to educators and school communities and make the right decision to protect honesty in education.”  The bill will now go to the full Senate.  Even if it passes, Governor Whitmer will unquestionably veto the bill.

Last Wednesday, Donna Jackson and Eric Rader – the co-chairs of our Human Rights Committee – and I attended the Student Advocacy Center picnic and presented Center’s Executive Director, Peri Stone-Palmquist, with the 2022 Walter Bergman Human Rights Award.  Eric Rader, President of the Henry Ford Community College Federation of Teachers, spoke about Walter Bergman, our first president, a Freedom Rider and ACLU leader and Donna Jackson, President of the Detroit Federation of Paraprofessionals, spoke about why the Center was chosen.  As Donna said at the event, “It was an easy decision to make given the importance and quality of the Center’s work.”

Congratulations to the Crestwood Federation of Teachers celebrating their 25th Anniversary this year. I remember when Rollie Hopgood, our late President, and I met with these teachers who were in an independent union at the time.  It has been great having them as part of the AFT family.  The Crestwood local now also includes paraprofessionals.

AFT Michigan fights for our members, students and communities all year round and we need your help. Can you donate $1 a week to aid us in this fight? Please visit the AFT Michigan website to contribute and make a big difference in protecting public education and building a better Michigan future!

Celebrate Juneteenth with Your School and Community 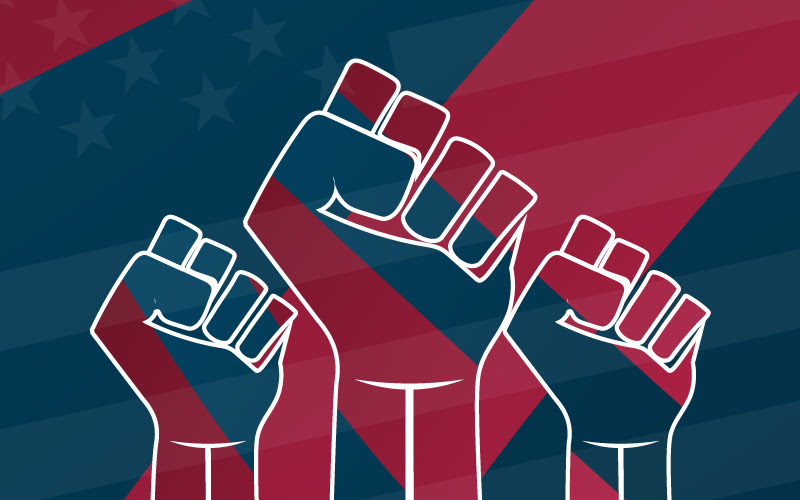 On June 19, 1865, Union Army Gen. Gordon Granger proclaimed the end of slavery to individuals in Galveston, Texas. Abraham Lincoln had outlawed slavery more than two years prior to this with the Emancipation Proclamation, but the enforcement of the end of slavery in Texas had been poor and inconsistent until Granger arrived in the state with Union troops and made his proclamation, known as General Order No. 3. Today, June 19 is recognized as a holiday called Juneteenth (short for June 19th), on which we celebrate the emancipation of enslaved persons in the United States. Additionally, Juneteenth rose in prominence in the public eye, when President Biden declared it as a national holiday on June 17, 2021. Within this collection of Juneteenth teaching resources, you will find lesson plans, activities and other materials to help educate and engage students in learning about the Reconstruction era history and politics surrounding the Juneteenth holiday, and the role Black joy plays in celebrating this heritage.

Find free K-12 lesson plans and resources for educators, school staff and community members. We will continue to evolve the collection as new resources become available. Get started here.