John McDonald, the 43-year president of the Henry Ford Community College Federation of Teachers, passed away at the age of 75 on Thursday, December 30, 2021.  John had been battling liver disease.

It is impossible to do justice to John in just a few paragraphs.  With his leadership, Local 1650 has 100% membership.  The contracts he and the local’s team bargained set the standard for others.  And he was a true trade unionist. When the adjuncts at HFCC organized and the College administration started an anti-union campaign, John made sure it was stopped. When the adjuncts won their election and the Adjunct Faculty Organization went to the bargaining table, John offered that his local would forfeit some of their pay increase so the adjuncts could get a fair raise.

John understood the importance of community before many others.  He gave considerable time and local resources to supporting various components of Dearborn life, developing strong relationships throughout the diverse community.  John led the millage campaigns for the College and was extremely active in Board elections. He understood as well as anyone that political action is essential if a union is going to do all it can to best represent bargaining unit members.

There has been no stronger supporter of AFT Michigan than John.  By far the most senior member of our Administrative Board, John and the  local were always there when called upon.  Of course, one had to deal with some good natured ribbing when asking John for a favor, but he always delivered.  And long before higher education became half of the state federation’s membership, John made sure that we kept higher ed issues on our radar.  When we organized in higher education we often involved John, and the unorganized were always impressed by the local’s contract and activism.

He served on the national AFT’s Executive Council for the past nine years and was a long time member of the AFT’s Higher Education Program and Policy Council.

So much more can be said.  We have lost a great trade unionist and a dear friend.   Thank you John for all you have done for so many. If you’d like to honor John’s memory, you can donate to the Adray Theater Renovation Fund, which was set up in honor of his birthday earlier this year: https://foundation.hfcc.edu/john-mcdonald-birthday-celebration. 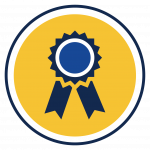 Nominate a Member Doing Great Things to be Recognized in our Member Spotlight ProgramBlog, Community, League of Extraordinary Educators