Congressman Andy Levin, Vice Chair of the House Committee on Education and Labor and one of the most vocal pro-union members of Congress, is AFT Michigan’s endorsed candidate for the new 11th U.S. Congressional District.

Congressman Levin introduced America’s College Promise Act to help students afford college and job skills training without being buried in debt. He has been an outspoken voice calling on President Biden to use his executive authority to cancel $50,000 in student debt for individuals. Additionally, he is an advocate for free, public pre-K for all students and fights for full funding for special education and increased funding for Title I.

Congressman Levin stands up for working families in southeast Michigan. He’s fought to increase funding for nutrition assistance to help people put food on the table as inflation soars. He’s been at the forefront advocating for a $15 minimum wage for all workers while supporting accessible, affordable, quality health care for all by supporting Medicare for All.

Congressman Levin is a champion for labor rights. Having worked as a union organizer, he knows the struggles that working people face and is committed to solving these problems in Washington. Levin led support for the PRO Act, the most sweeping pro-union congressional bill in decades. He consistently supports unions at every opportunity, from leading a congressional delegation to Alabama to support the Amazon workers organizing a union there and calling out Amazon’s union-busting tactics to leading the charge for proper health care staffing during the pandemic.

Congressman Levin fights for the Green New Deal to protect our environment and good jobs. He’s also been a strong advocate for reproductive freedom, serving as a member of the Pro-Choice Caucus in Congress, introducing the Abortion Provider Appreciation Day Resolution, which supports abortion providers and staff and stands against abortion restrictions. Moreover, Congressman Levin called upon Beaumont-Spectrum Hospital System to reverse its decision to stop providing abortion care after the U.S. Supreme Court ruled in Dobbs v. Jackson to overturn Roe, and he’ll continue to protect our reproductive freedoms in Washington.

Vote by Tuesday, August 2 – polls will be open from 7am to 8pm. Click here to find your polling place and see what your ballot will look like. 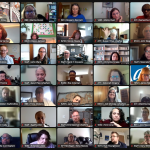 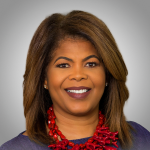 Portia Roberson is a Champion for Education and Working FamiliesAFT, Blog