2,500 delegates from around the country gathered in Pittsburgh for the July 13 – 16 AFT convention. More than 75 members of AFT Michigan local delegations were actively involved as constitutional amendments, resolutions were debated and officers were elected.

Many AFT Michigan leaders were appointed to national committees:

Congratulations and thank you to all who participated. 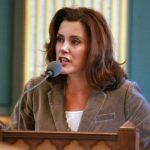