Like many of our support staff locals, paraprofessionals in Midland have been hit hard by all the snow days this winter. Reduced paychecks at a job that is already high stress for low wages has put some members in a very precarious situation (as an indicator of how difficult these jobs are Midland had already had almost 50% turnover from last year).

The leadership team of the Midland Paras, AFT Local 6183, knew something needed to be done and decided they were going to step up and take a stand. The local was already part of our LEAD program, so had been meeting together to discuss how to use campaigns to build membership and strengthen their local.

As a first step, they decided their goal was to work with the district to find some way to provide additional compensation for paras beyond what was covered in the contract. President Tanya Ross approached HR with this request, but received a noncommittal response that did not sound encouraging, so the local took the next step of reaching out to parents to raise awareness in the community. Among other things, this outreach led to a great online article by a Midland parent.

The district then reached out to Tanya about figuring out creative solutions and they were able to negotiate the use of another sick day for one snow day and a paid online training day for another. 30 members joined Tanya at the school board meeting last Monday to say thank you and ask for better training to try to help retain paras in the district, and multiple board members expressed interest in figuring out how to change things for the future. In Tanya’s words, “It was a huge success. We felt great!”

As building reps spread the good news of what the union had accomplished, five new members joined the union the day after the board meeting! And the good news continued. On Wednesday, Mark Hackbarth, president of the MEA local that represents the teachers in Midland, called Tanya out of the blue to tell her that after hearing the Paras at the board meeting, the teachers had voted to give the Midland Paras $3200 to help reimburse members for two months of dues, saying, “We appreciate you all. We could not be as effective in our jobs without you all.”

That’s what solidarity and being part of the labor movement looks like.

At our January Leadership Summit, university and community college members discussed the need to address state funding for universities and colleges.  To advance this work I met with Dan Hurley, the Executive Director of the Michigan Association of State Universities (MASU), who put real numbers to the crisis.  MASU reports that: “In 2019, the state’s public universities collectively received $165.5 million less from the state than in 2011, adjusting for inflation. The long-term trend in state higher education funding divestment is bleaker: a more than one billion dollar reduction in inflation-adjusted state higher education and financial aid funding has occurred since 2002……Michigan now provides only half of the national average ($5,558 compared to $10,381).  Michigan’s rank in per capita state fiscal support for higher education has plummeted from 20th in 2001 to 43rd today.”

And these are state averages. Over the years, some universities have been treated better than others by the state.  And we know that while the state lists fifteen public universities, as our University of Michigan locals are advancing, UM is one university and must be treated as such.

Next, an overview of community college state funding.

This past Saturday, delegates to the Metro Detroit AFL-CIO convention elected AFT’s own Daryl Newman as president of the three-county labor council. Daryl served as AFT Michigan’s Member & Community Mobilizer for many years before becoming Secretary-Treasurer of the Michigan AFL-CIO (Daryl joins Ian Robinson, president of UM-LEO and the Huron Valley Area Labor Federation, as the 2nd AFT labor council president in Michigan). Elected to the Metro’s Executive Board are Lynn Boza of the Adjunct Faculty Organization at Henry Ford College, Stephanie Carreker of the Detroit Association of Education Office Employees, Donna Jackson of the Detroit Federation of Paraprofessionals, and Terrence Martin of the Detroit Federation of Teachers. I will serve as a trustee and Nikhol Atkins will continue her leadership with the Metro’s political action work.

Congratulations to all elected and thanks to those who participated this past Saturday.

AFT Michigan has three eligibility categories of the “Rollie Hopgood Future Teachers Scholarship Award” for individuals whose future goal is to become a teacher.

1.     Graduating senior of an AFT Michigan high school with the goal of becoming a teacher;

2.     AFT Michigan PSRP dues paying member enrolled (full- or part-time) in a teacher certification program at a college or university; and

3.     AFT Michigan dues paying member’s son(s) and/or daughter(s) who is a graduating senior with the goal of becoming a teacher. 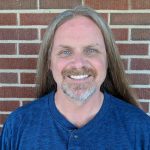 Whittle: Support Staff are Backbone of Our SchoolsUncategorized