I wanted to take a moment to talk with you about the primary on August 7th.

Who you vote for is your decision, but I wanted to tell you why our union supports Gretchen Whitmer for governor.

As an educator, you know too many of our elected officials in Lansing have had the wrong priorities. They’ve listened to donors like Betsy DeVos instead of educators on the front-lines like you.

Gretchen Whitmer will change that.

As a former AFT member who taught at MSU and U of M, Gretchen has a solid track record of being with us during her years of public service.

She doesn’t just talk the talk. She leads the fight.

Whether it’s been fighting for education funding and against Right to Work, the 3 percent retirement case, expanding access to healthcare — or any other issue involving public education and working families — Gretchen has, and always will be there with us.

For Gretchen, these aren’t political decisions, it’s who she is.

As governor, Gretchen will fight to expand early childhood education, invest in classrooms, push back against high stakes standardized testing, hold charter schools management companies accountable, make higher education affordable, and stop the exploitation of adjunct faculty and the decline of tenured faculty at our colleges and universities.

Gretchen has earned our support by doing the hard work, never backing away from a fight, and standing with students and educators.

That’s why your union supports Gretchen Whitmer for governor.

AFT Michigan had a comprehensive process to arrive at this decision, including input from members, candidate questionnaires, a candidate forum, and membership polling. Overwhelmingly, AFT members chose Gretchen Whitmer. For a complete list of endorsements, go to aftmichigan.org.

Make a plan to vote on August 7th. We’ll see you at the polls. 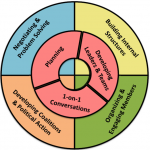 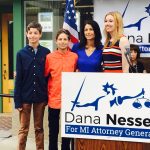