The Michigan Legislature is halfway through the lame duck session, and it has been incredibly busy. We expect legislative activity to continue over the next two weeks. The Legislature is in session on Tuesday through Thursday during the week. It is vitally important AFT Michigan members contact their legislators regularly in the next two weeks about their opposition to the way Republicans are attacking public education and working families during the lame duck session.

Workers’ Lobby Day Tuesday: The Michigan AFL-CIO is hosting a Workers’ Lobby Day on Tuesday, December 11, for retirees and active employees who are not working during the day. As many educators must be at school during the day, we encourage retirees and only those employees not scheduled for work to join. Meet at the Michigan AFL-CIO, 419 Washington Sq S, Lansing at 8am.

#WearRedforEd Wednesday: Members of AFT Michigan and the Michigan Education Association will be wearing red on Wednesday in solidarity against attacks on public education and working families.

Educator Vigil Wednesday: Educators from AFT Michigan and MEA will meet at the Capitol on December 12 after school at 5:30pm. Click here to register.

Lame Duck Member-to-Member Phone Banks: We’re calling union members to let them know what’s at stake during lame duck, and asking them to contact their legislators. We will be phone banking in Ann Arbor, Detroit, and Saginaw on Tuesday and Wednesday. To join us, email Caleigh Hunt, at chunt@aftmichigan.org.

SB 1260 requires recertification elections be held from August to November of even numbered years, and require union members to foot the bill for the staff and resources needed to administer these elections – of which there would be thousands across the state. This legislation serves only one purpose: undermining the ability of the union to defend our freedoms and our contracts. This bill passed the committee along party lines, with all four Republicans voting in favor, and the lone Democrat on the committee voting against the bill.

We expect a vote on the Senate floor as early as Tuesday of this week.

After passing the Senate, the Michigan House Education Reform Committee approved SB 795-796, along with HB 5368 and 6474, bills to prohibit the rights of local schools and municipalities to bargain with their public employee unions to include in contracts “union release time” — which is used to ensure workers have a voice on the job and improve our schools and communities. Specifically, HB 6474 and HB 5368, and SB 796 and 795 in the Senate would:

The bills have passed along party lines, with all Democrats opposing the bill, joined only by a handful of Republicans.

House Bill 4163, introduced by Rep. Daniela Garcia (R-Holland), which would ban collective bargaining over school calendar and schedule, was approved by the Republican-controlled Michigan House Education Reform Committee on March 22. All Democrats were opposed to the bill. The legislation represents not only an attack on collective bargaining, but also an attack on local control in educational decision making.

Educators are the experts on the front lines, and we understand our students’ needs in terms of calendar and schedule better than anyone. Prohibiting negotiations over school schedule and calendar is yet another example of the state overstepping its role and usurping local authority.

Bill to Mandate A-F Grades for Schools, and Republican-Appointed Education Commission Await Vote in the House

HB 5526, introduced by Rep. Tim Kelly, was approved by the House Education Reform Committee in March, where it has been waiting for a vote of the full House. The bill passed the committee only with support from Republican lawmakers. The bill would replace the current school accountability system, and require A-F letter grades for schools based heavily on standardized test scores among other factors. However, this bill is more than just replacing the existing school accountability system, as it makes substantial changes to the School Reform Office and establishes a new commission to oversee the system  with political appointments. In fact, it requires a majority of members to be appointed by the governor, and serve four year terms, allowing Republican Governor Rick Snyder the ability to appoint commissioners before leaving office. This commission would undercut the elected State Board of Education.

It is unclear if there is enough support for the bills to pass the Michigan House, making it incredibly important for educators to reach out to their legislators urging their opposition to this bill.

HB 6314 and 6315 were passed by the Michigan House of Representatives by extremely narrow margins. HB 6314 passed 56-53 (the minimum needed for passage), and HB 6315 passed 57-52. All Democrats opposed the bills, and were joined by a handful of Republicans. The bills would allow the board of a school district to apply to the superintendent of public instruction for permission to operate as a public innovative district or for a school in the district to operate as a public innovative school, and would exempt such districts or schools from many state requirements, including seat time, curriculum requirements, and teacher certification for extended learning. The bills also create an Education Accountability Policy Commission, a majority of members would be appointed by the governor, and serve four year terms, allowing Republican Governor Rick Snyder the ability to appoint commissioners before leaving office.   These bills also include a provision for “private instruction” funding, which would allow cafeteria-style voices for private school programs.

HB 6553 would allow the Republican Majority House and Republican Majority Senate to intervene, and defend the state in any lawsuit suing the state, allowing them to circumvent the Attorney General and Governor who are constitutionally responsible in such cases. This bill passed the House of Representatives on Wednesday, mostly along party lines. All Democrats were opposed to the bill, and were joined by Republican Reps. Calley, Inman, Maturen, Pagel, and Roberts. The bill is currently awaiting a hearing in the Senate Government Operations Committee.

Additionally, SB 1248-1252, would strip the Secretary of State of her campaign finance and election administration responsibilities, instead running them through a board appointed by the governor based off of lists submitted by Republican and Democratic groups, allowing Gov. Snyder to make appointments before leaving office in a few weeks. These bills passed the Michigan strictly on party lines, with only Democrats voting against the legislation. The bills are currently awaiting a hearing in the House Elections Committee. 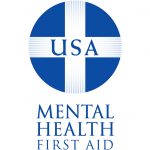